At first glance, Kristen Livingston’s lifestyle appears to take personal fitness to the extreme. The 1993 Hastings College graduate begins most days in the gym at 5:00 a.m. By the time “mid-morning” rolls around — at 8 o’clock — she’s already logged three hours teaching classes and personal training.

But the majority of Livingston’s day is dedicated not to her own workout routine, but to personal health of others. 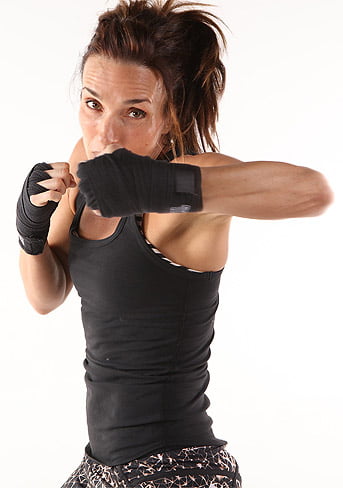 “People usually get to a point in their life when they realize they need some direction with exercise and eating, and a lot of times they will go to gym or start running on their own,” she said. “But sometimes fitness can be a hard thing when you have to do it on your own. As a personal trainer, I’m here to help make moving and eating easier.”

Livingston founded KLivFit, her in-home health coaching company, in 2012. The Omaha-based business allows her to create personalized fitness programs for her clients, working with them one-on-one to improve their overall wellness. It’s a career path she’s truly passionate about.

“I’ve always looked at exercise as a foundational habit that influences all the other habits you have in your life. If you are capable of making good exercise and food choices, you tend to be healthier, more organized and able to develop other good habits,” Livingston said. “I’ve always believed exercise is a game-changer and the reason for what I do. It’s very important that everyone has access to fitness to make their lives better.”

Livingston’s career journey started at Hastings College, nearly two decades before the idea for KLivFit began to form. As a first-year Bronco, she was just beginning find her focus.

“I was one of those kids that didn’t know what kind of career I wanted after I graduated from high school,” she said. “I come from a long family history of teachers, and it came easily to me, so that’s where I decided to start.”

A 7-12 English education major with a physical education endorsement, Livingston learned the essential skills she needed to become a teacher; however, she remained opened to the wide variety of classes offered at Hastings College.

“Being at Hastings allowed me to experience more variety. I wouldn’t have had the opportunity to do philosophy, business and art at a state school; I would have had to honed in on one career path,” Livingston said. “At Hastings College, I wasn’t forced into anything based on profile that I had coming in or what I decided to major in. I was given opportunities to really spread my wings as much as I wanted to.”

Livingston took a particular liking to her courses in physical education. This interest ultimately resulted in a job with the Hastings YMCA, allowing Livingston to maintain her connection to athletics in a way that worked for her.

“It was a really easy transition. I was an athlete in high school, and I wanted to keep that up, but I didn’t want to play on a team anymore,” she said. “I always thought I could incorporate fitness really nicely into physical education, and I had a good opportunity open up to me at the Y to learn how to do that.”

Soon after she graduated from Hastings, Livingston began substitute teaching. Although she was appreciative of her chance to work with youth, she realized her interests were more vested in promoting fitness and wellness with adults. While she was subbing, she continued her work at the YMCA teaching fitness and personal training. 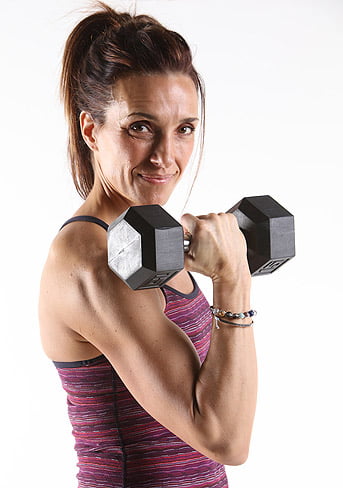 The change proved to be the right decision for Livingston, and she secured her first full-time job in just three months. Within ten years, she began establishing her fitness career in Omaha.

Even more impressive for Livingston was how her fitness career aligned so well with her teaching degree. The two career paths ended up sharing more characteristics than she initially expected.

“I don’t think I would have ever correlated this while I was a student, but working in fitness and being a teacher are closely related. In fitness, I have to be very organized, plan every day and be adaptable if the plan changes in the middle — just like in the classroom,” Livingston said. “I’m still teaching and using my education degree, but I’m using it outside of the traditional school setting.”

And, much like a teacher, Livingston’s work allows her to change lives of those she works with. The one-on-one relationships she develops with her clients result in tangible improvements in the way they move, eat and live.

“Whether I’m working with clients or classes, I am connecting to people on a personal level that is vital to them making exercise and nutrition changes. It’s gratifying for me to make a positive difference in their lives.”