As the managing director of the Ethiopian Community Development Council’s African Community Center (ACC) in Denver, Colorado, Melissa Theesen works every day to make sure refugees are welcomed in their new country. To accomplish this, she must work with her large staff, as well as local and state officials, but as a 2008 Hastings College graduate, it’s a task she is well-equipped to handle.

Service while a student 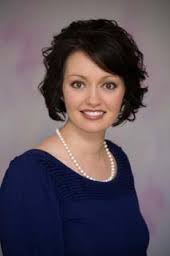 Theesen’s interest in helping refugees stems from experiences she had abroad as a Hastings College student: spending a semester in Guatemala and working in Mexico over a few summers. While in Latin America, Theesen worked primarily with immigrants and refugees, which sparked her passion for working to better their lives.

“I tried out nonprofit work while in school, and knew that I wanted to continue doing it,” said Theesen.

During her time as a Hastings student, Theesen also helped start Hunger and Homelessness Awareness Week, one of the most popular service events on campus. The week includes days of meal packing to help the hungry, both in Hastings and around the world; in 2015 students packed 2,500 sack lunches for local students and 75,000 meals to be sent around the globe.

Helping at home and abroad

After graduation, Theesen went to work at the ACC as a case manager. She helped newly arrived refugees resettle in the United States, enroll their children in school and navigate government procedures. She continued to work with refugees until she returned to school in 2010 to earn her master’s degree in nonprofit management.

While working on her master’s degree, Theesen concurrently completed a fellowship in East Africa with Mosaic, a nonprofit group that works to improve the lives of people with intellectual disabilities.

“Through all of my experiences abroad I’ve truly fallen in love with global work,” said Theesen.

After earning her graduate degree, Theesen went back to the ACC, working as the employment program manager. In this role, she led the ACC’s employment team, helping newly resettled refugees find employment opportunities in the United States.

“I missed working with refugees every day, and being able to watch them succeed,” said Theesen. “I ran into one of the first people I worked with while I was a case manager the other day. Some refugees struggle but he had no trouble settling in. It was great to see how well he was doing.”

From Colorado to Cambodia

But after a year with the ACC, Theesen once again found another way to help others. In 2014 she began working as the director of operations for Children’s Future International, which works to educate young people in Cambodia who will then in turn teach others in the country in an effort to stem the cycle of poverty in Cambodia.

Theesen remained with Children’s Future until 2016, leaving her position as executive director in March to return to the ACC as the organization’s managing director.

“I love it here, if didn’t I wouldn’t have come back so many times,” said Theesen. “Helping others never gets dull.”

A career of caring

In just over a half decade, Theesen has helped others all around the world. But for her, it’s just what she was meant to do.

“Helping others is a great job to have,” she said. “And at the end of the day you can always go home knowing you made a difference in someone else’s life.”