Following significant research and effort by senior history major Brian Whetstone, a significant portion of the Hastings College campus has been added by the National Park Service to the National Register of Historic Places (NRHP) as a local historic district. The Hastings College Historic District designation includes 12 buildings on campus for their historic significance in the College’s post World War II growth. 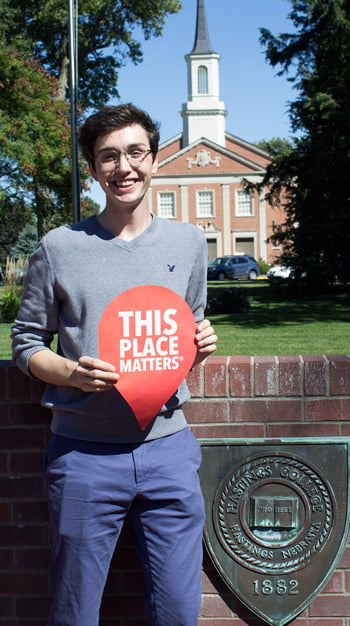 The lengthy nomination for historic designation was prepared by the Omaha native, who focuses his studies on historic preservation.

The effort began when the Hastings College Board of Trustees asked Whetstone if he would consider preparing and pursuing a historic designation for Weyer Hall, a residence hall built in 1950.

The project’s scope expanded significantly after an evaluation by the Nebraska State Historic Preservation Office suggested the College pursue the nomination for a broader portion of campus, instead of just one building.

“The Hastings College campus grew significantly as a result of the World War II period and the 1944 G.I. Bill of Rights. The College doubled its enrollment over the course of about three years,” Whetstone said. “This stunning increase in students created a lasting impact that physically transformed and expanded Hastings College over the course of the 20th century, lending a historic significance to the buildings constructed during this time.”

The Board agreed that a broader application made sense because the designation is a way to continue the College’s commitment to maintaining and preserving buildings on campus.

“There is a misperception that you can’t make changes or renovations to historically recognized buildings, but that’s not the case,” Whetstone said, noting that tax incentive programs and other opportunities exist to support refurbishing and maintaining buildings that are designated historic.

Guided by Elizabeth Spilinek, director of the Adams County Historical Society, Whetstone combed through extensive research in the Hastings College archive, writing detailed historic accounts for each building eligible for the nomination. Eligibility requirements included historic significance, age of the building (50 years or older) and architectural integrity, meaning they were constructed of the same materials.

“I was surprised by some of the buildings that were eligible,” Whetstone said. “For example, I learned Bronc Hall was originally built in 1960 to replace a barracks building that was moved to campus from the Naval Ammunition Depot to alleviate dorm overcrowding caused by increased enrollment in 1946.”

Buildings in the Hastings College Historic District include:

“Brian recognized the importance of nominating Hastings College as a historic district. Moreover, he was willing to put in the necessary work to build the case that resulted in the official listing,” said Hastings College President Dr. Travis Feezell. “The historic designation will help Hastings College preserve and maintain the rich history of our campus, thanks to Brian’s immense contribution to this project.” 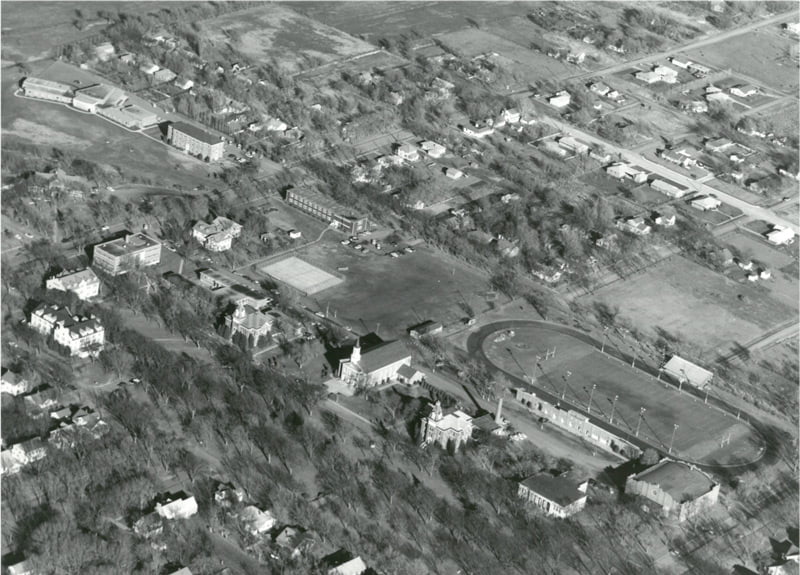 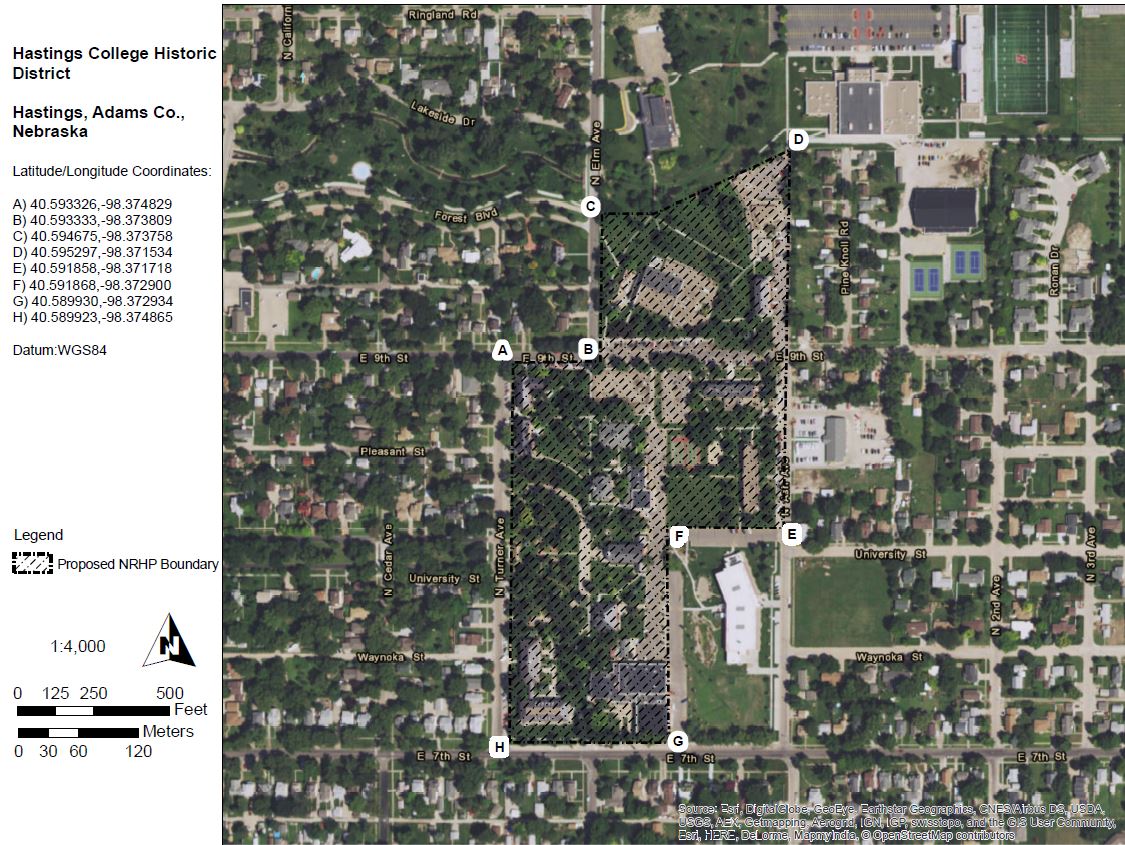