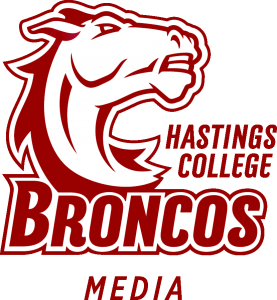 The media team is comprised of students from across campus and is managed by Autum Conley, director for the Center of Applied Media Arts and visiting instructor of visual arts. The team manages the entire production, from setting up cameras and building graphics needed for the streams.

Select Hastings College students and sports information directors from other NAIA schools also provide commentary for each match except the semifinals and championship games, which are called by ESPN analysts.

“This is a great way for students to get hands-on live production experience, and broadcasting such a large tournament gives students opportunities they wouldn’t normally have, including seeing their work carried nationally by ESPN,” Conley said.