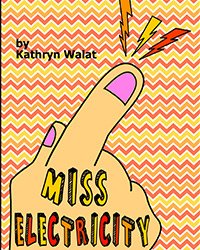 Struck twice by lightning, Violet becomes the supercharged Miss Electricity with control over all things electrical. She uses her power to attach tests and bullies, but what will all that power do to her head?

Find out as the Hastings College’s Alpha Psi Omega theatre honorary produces “Miss Electricity” by Kathryn Walat as its annual Production for Youth. Show times are December 3-5 at 7:30 p.m. and December 5 at 2 p.m. at Scott Studio Theatre (806 N. Turner Ave.) Because the production serves as the organization’s fundraiser, all tickets are $5. They can be reserved by emailing tickets@hastings.edu.