Hastings College SummerStage presents ‘No Mother to Guide Her’

Hastings College theatre students will join with area actors and alumni to present the fourth annual SummerStage production, “No Mother to Guide Her” by Lillian Mortimer.

General admission tickets are $8 for adults and $5 for students and seniors. For reservations, email tickets@hastings.edu.

“No Mother to Guide Her” is a nineteenth century American melodrama. The story revolves around a beautiful young girl, Rose, who is being courted by arch criminal John Livingstone. But Rose is secretly married to Livingstone’s former partner who is attempting to go straight. Will Rose find out who murdered her dear father? Will Ralph ever get his true love? Will Livingstone ever get what’s coming to him? 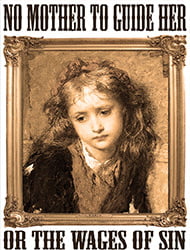 The audience is encouraged to boo the villain, cheer on the hero and throw popcorn as the travails of the heroine unfold in a series of nefarious twists and turns.

Lillian Mortimer, one of the era’s most successful female playwrights, was born into a Midwestern theatrical family and starting as a child actress, she later formed her own stock company with her husband, who served as her manager and producer.