Hastings College is adding a varsity esports team in fall 2022, and is currently recruiting high school students who would be interested in joining the team and earning a scholarship to participate. 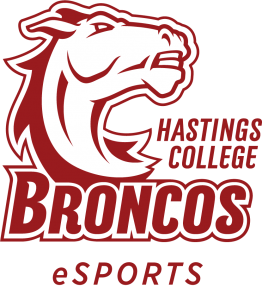 The team will launch later this fall as a co-ed club sport for students who are already on campus and interested in gaming, and then convert to a varsity sport next fall. Initial games will include Valorant, Overwatch and Rocket League played on new setups based in the Gray Center, plus Hearthstone, a game that can be played on an iPad. As the team comes together, members will also be able to help select games.

“We’re excited to be launching an esports team and provide a new way for students to be involved, connect and grow at Hastings College,” said Dr. Annette Vargas, vice president for access, enrollment and performance. “Esports is a great way for students to grow their communication and teamwork skills, plus become more strategic thinkers,  problem solvers and decision makers.”

Andy Chase, a 2019 Hastings College graduate, will coach the team. Chase currently supports the college’s student media team on a part time basis, and will maintain that position but become a full time employee.

“We’re building a competitive, student-centered esports team, and will give students the opportunity to develop leadership skills that directly transfer to life after college,” Chase said. “Like with any team, we’ll focus on winning the right way, growing from each loss and valuing the input each student provides.”

Chase said the team will also look to mentor students from area high schools who have an interest in gaming.

Students interested in esports at Hastings College can go to hastings.edu/talent and click on esports to complete a form.

Esports is one of the fastest growing sports in the country, with more than 160 colleges and universities and 5,000 student athletes participating last year, according to the National Association of Collegiate Esports (NACE).

Growth at the college level follows the growth of esports in high schools. The Pew Research Center said 72% of high school students play video games, while the High School Esports League has more than 3,400 partnered schools across the United States and Canada, with more than 140,000 students.

Chase has extensive experience with first-person tactical games, such as Valorant, maining Phoenix and Astra agents, and Tom Clancy’s Rainbow Six Siege. He maintains a Diamond ranking in Rocket League, playing more of a midfielder and defensive position role. He also has experience in the networking side of esports, being a Twitch Affiliate and using the skills he gained as a student at Hastings College, as well as being the social media and Discord manager for a gaming organization called 6ixthSense.