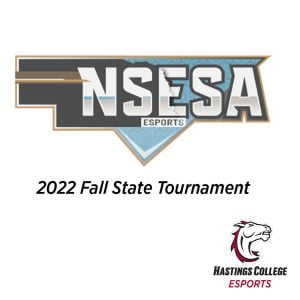 The schools that are competing at state from each division are included below.

NSeSA will have two more state tournaments this year — winter and spring seasons. Each season involves weekly matches with playoffs after.

Hastings College is a four-year residential college that focuses on student academic and extracurricular achievement. Hastings’ student-centered initiatives include providing all required textbooks and an iPad, while a block-style semester schedule allows professors and students to focus on fewer classes at a time. Discover more at hastings.edu.