It’s Homecoming week at Hastings College, and student groups and organizations are busy competing for prizes through skits, bed races, a chalk walk and other campus events.

The student body has also selected by vote 10 homecoming royalty finalists. To be considered, candidates must be in their junior year.

The King, Queen, Prince and Princess will be announced at the homecoming dinner on Friday, September 29, at the Hastings City Auditorium.

For details on all events, go to hastings.edu/homecoming. 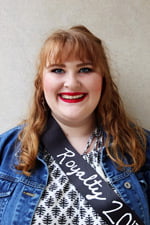 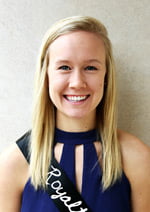 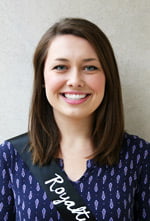 Anna Flairty of Omaha, Nebraska, is majoring in business administration, marketing and sports management, and is the daughter of Anne Wattles and the late Larry Flairty. She is the current Student Association president, having been elected to the position in the spring. She is a member of the Hastings College Choir, editor of Sigma Alpha Iota and a resident assistant in Altman Hall.

Clare Hamburger of Hastings, Nebraska, is an elementary education major and the daughter of Dave and Amy Hamburger. She is a member of the volleyball team and the Student Education Association. The dean’s list student is also involved with summer volleyball camps and volunteering during bingo at The Heritage at College View, Special Olympics swimming and at Crossroads. 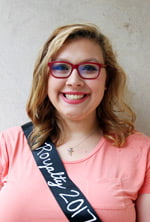 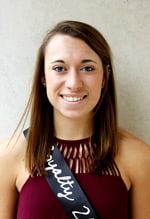 Casey Krolikowski of Cairo, Nebraska, is majoring exercise science, and is the daughter of Norm and Sandra Krolikowski. The dean’s list student is a member of the volleyball team, as well as Physical Education and Human Performance club and Fellowship of Christian Athletes (FCA). She is the GPAC nominee for the national A.O. Duer Award, has organized a Relay for Life fundraiser, participated in a campus blood pressure drive, refereed youth basketball tournaments, helped with sending meals to families in Haiti, volunteered at the homeless shelter with her team and worked with a middle school FCA camp. She’s also a member of Alpha Chi, a national academic honorary.

Sabrina Maxwell of North Richland Hills, Texas, is majoring in sociology and theatre, and is the daughter of Alan and Tara Maxwell. She is a member of two honorary societies, Pi Kappa Delta and Alpha Psi Omega, and serves as as pledge trainer for the latter. She is also a member of the Alpha Delta Alpha sorority and is active in PHIVE-O, a peer education group; Radical Notion; and the sociology club.

Geena Piper of Norfolk, Nebraska, is majoring in biology, and is the daughter of Lester and Leisa Piper. She is a member of the Tri Beta biology honor society, and has received the Fred Mattes Chemistry Award and the Outstanding Second Year Student Award. The dean’s list student is on the banquet committee of the Student Association, serves as a biology peer mentor, was a resident assistant in Babcock Hall and is an apartment resident assistant this year. She’s currently co-president of Alpha Phi Sigma, co-president of the Student Health Advisory Council, president of the Student Alumni Association and member of A Catholic Thing. 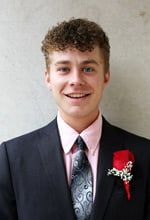 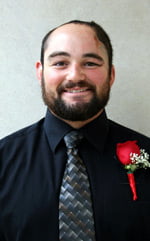 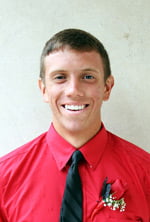 Dakota Burns of Pueblo, Colorado, is majoring in business administration, and is the son of Pat and Loretta Burns. He is a member of the men’s tennis team, a resident assistant and serves on the special events committee of the Student Association. The dean’s list student is also on the CRU leadership team, Fellowship of Christian Athletes (FCA) leadership team and participates in the FCA bible study.

Cole Fisher of Omaha, Nebraska, is majoring in exercise science, and is the son of Cindy Marx. The dean’s list student plays football and is a member of Alpha Chi, a national academic honorary. He has served as a student senator, resident assistant and tutor, as well as on the food service committee and student life committee within the Student Association. 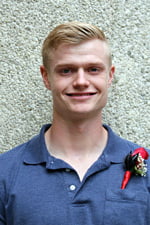 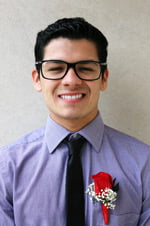 Jerod Fox of Newton, Kansas, is majoring in broadcasting, businesses administration and political science, and is the son of Mark and Susan Fox. He is a dean’s list student and is a member of the Hastings College Choir, HC Democrats and the men’s tennis team. He also serves as social media director and commentator within the College’s student media group.

Hugo Madera of Grand Island, Nebraska, is majoring in music education and vocal music performance, and is the son of Ramon and Maria Madera. He was a member of the student senate and now serves as vice president of the Student Association. He is a dean’s list student and a member of the Hastings College Choir, the wind ensemble, concert band, marching band and entertainment arts ensemble. He is also a member of 1-2-5, a male a capella group; the National Association for Music Education; Phi Mu Alpha; and the New Student Days Committee.

Alex Stogdill of Lincoln, Nebraska, is a biology major, and the son of Ron and Teresa Stogdill. The dean’s list student is a member of the football team, the Tri Beta biology honor society and the Alpha Chi National Honorary. He is involved in College Acquaintance Rape Educators (C.A.R.E.), serves as a biology and chemistry peer mentor and has been named GPAC’s special teams player of the week.