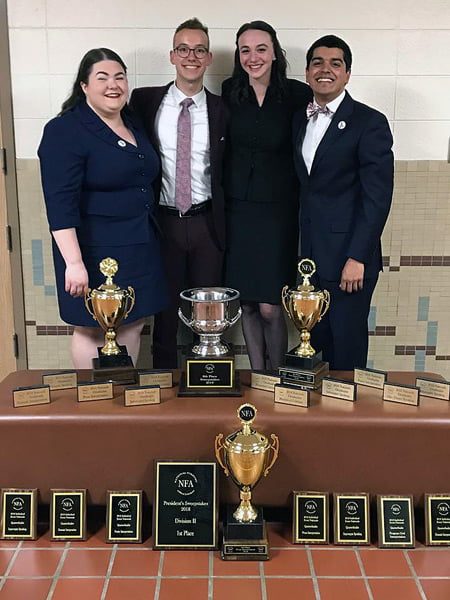 Seniors Caleb Merritt, Kenzie Shofner and Boge and junior Carly Spotts-Falzone competed at the NFA tournament in Oshkosh, Wisconsin in late April. With 20 out of 21 events breaking into octafinals from preliminary rounds, the team placed first in the Division 2 team sweepstakes, securing the championship within the division. In the overall team sweepstakes – which includes schools from all divisions – the team placed 8th in the nation.

Interstate Oratory accepts just two representatives from each state to compete in the event, making the selection alone a national honor. Boge, who spoke on the topic of food deserts in predominantly minority areas, won first place – a national championship.

Included below are detailed results from NFA: 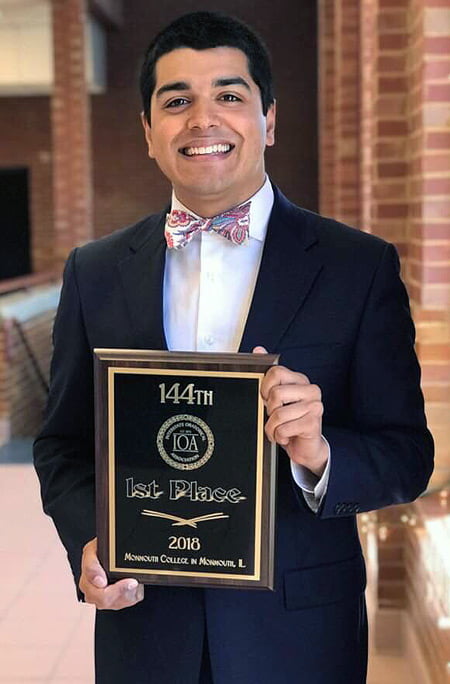 The Hastings College forensics team continues a long-running tradition of national competitive success, placing in the top 20 at the American Forensics Association National Individual Events Tournament (AFA-NIET) for many of the past ten years. Most recently, Hastings College placed 8th at AFA-NIET 2018.