Hastings College hosted more than 130 students from 22 high schools across Nebraska for the Department of Visual Art’s mural competition at the Jackson Dinsdale Art Center on Wednesday, September 20.

The “mash up” competition required each team to draw a word from three different baskets and then design and paint a four foot by eight foot mural using subjects they drew. For example, the winning team from Kearney High School drew chicken nuggets, cowboys and badminton — and then had two hours to brainstorm, sketch out and paint a mural featuring those subjects.

Kearney High School claimed first prize, receiving a piece of glass art created by Hastings College professor of art Tom Kreager, as well as the opportunity to hold an art exhibition in the Jackson Dinsdale Art Center gallery. Grand Island Senior High came in second, and Overton High School came in third. Both received a custom glass art piece from Kreager. Pictures of the winning schools can be found below.

All schools were allowed to keep their finished mural to hang in their high school.

Several high school seniors who attended the mural competition also submitted portfolios for scholarship consideration. Portfolios were reviewed by faculty, and Hastings College scholarships from the Department of Visual Arts were awarded to 21 students, shown below. 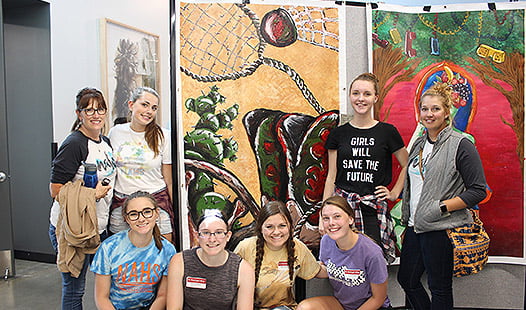 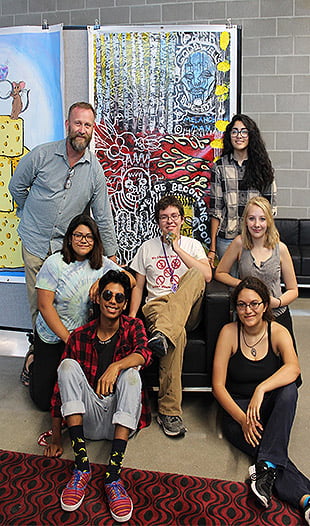 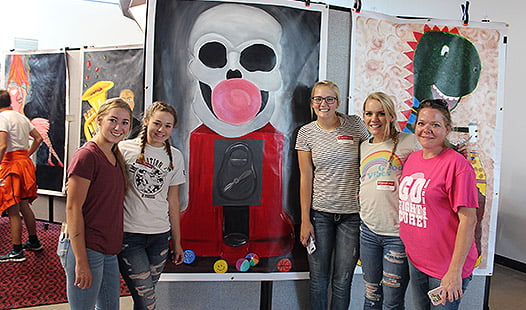