More than 70 gifted and talented students from across Nebraska spent June 24-29 challenging their minds as part of the Hastings College Scholars Academy (HCSA).

These 7th, 8th and 9th graders spent the week living on the Hastings College campus, learning hands on in one of three academic areas: Russian history, robotics and science.

Students in the Russian history program studied the creation of Russia, began learning Russia’s unique language, came to understand Russia’s unique form of Christianity and how a series of warrior princes paved the way for the absolute monarchs called tsars. 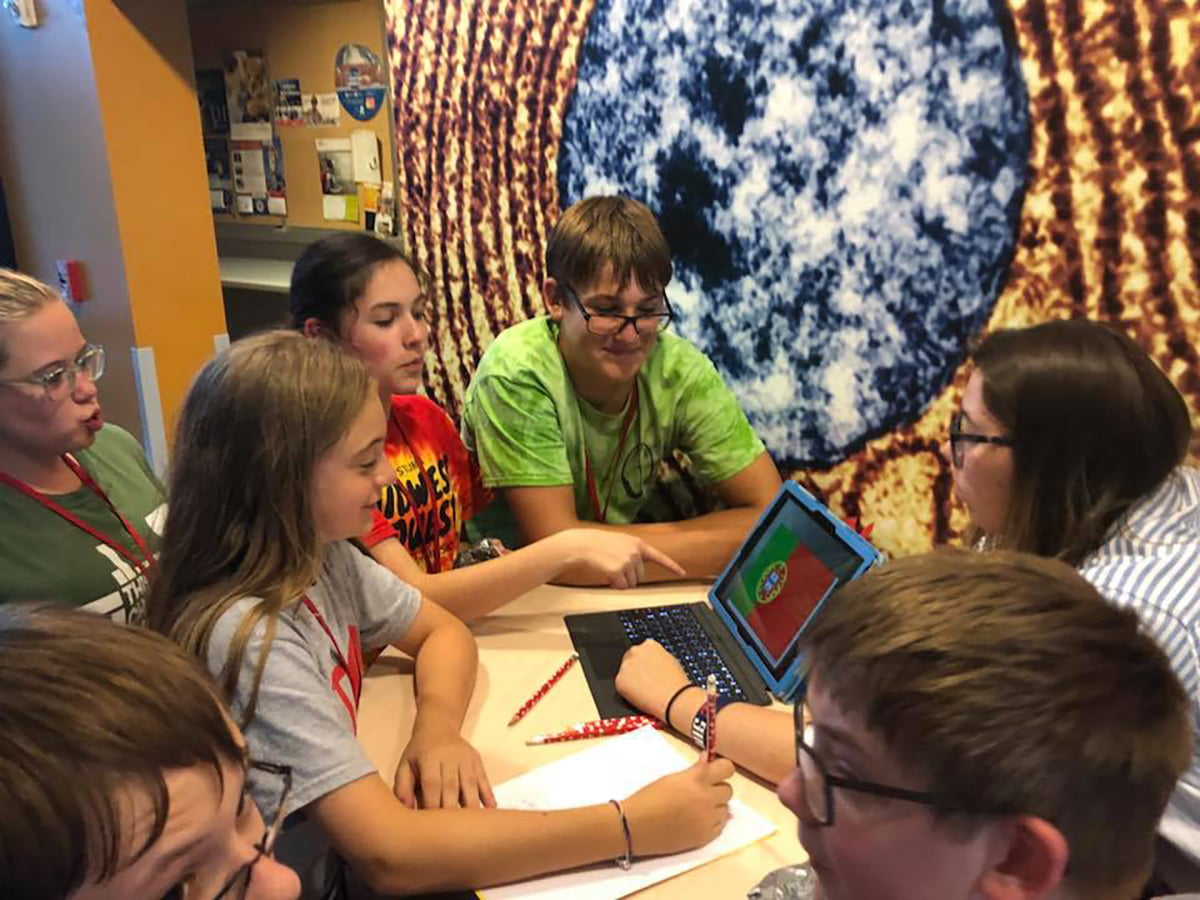 In the robotics program, students designed, built and programed robots in a hands-on classroom structure. Students began to learn the basics of coding via a LabView format. Highlights of the course included a battle-bot soccer game, the building of a Vincent Van Gogh Scribble Robot out of household material, learning 3D modeling software and associated 3D printing, design and development of a robotic hand and construction and launch of water bottle rockets. At the end of the week, students were challenged to use what they learned to successfully navigate a maze with the sensor attachments of a NXT robot.

In the science program, students studied nutrition and genetics. In nutrition, students explored food systems and learned how people get access to food. They visited places in the Hastings area and talked to individuals directly and indirectly related to the process of making sure food is wholesome and safe. In genetics, the class played with the inheritance of simple and complex genetic traits. In addition to exercises that distinguish genetic make-up from physical appearance, students isolated DNA from their own cells and other sources using PCR and electropho­resis, both techniques of modern forensics and molecular biology, to determine specific DNA make-up for the ability to taste a particular compound.

Students also had opportunities to make new friends with fun social and cultural activities. Students got a preview of college life by staying in a campus residence hall, eating in the cafeteria and interacting with college students who served as their resident advisors and social group leaders.

The 2018 scholars are listed below, by city.