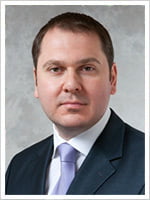 For Hastings College’s 128th Commencement Exercises, Oleg Kalinskiy, a 1998 HC alumnus, will serve as the Commencement Speaker. A native of Pyatigorsk, Russia, Kalinskiy serves as Director General of the Foundation for the Development of the Tube (Pipe) Industry in Russia.

Commencement is scheduled for Saturday, May 17 at 10 a.m. in Lynn Farrell Arena (800 E. 12th Street). The event, which is free and open to the public, will be livestreamed at hcmediaonline.org.

For the College’s Baccalaureate service on Friday, May 16, 2014, the Reverend Dr. William Nottage-Tacey, a 1972 HC alumnus, will serve as the featured speaker. The event will be held at 6 p.m. in First Presbyterian Church (621 N. Lincoln Ave.) where Dr. Nottage-Tacey serves as Senior Pastor/Head of Staff. It will be livestreamed on the College’s YouTube channel.

Additional information about these events can be found at hastings.edu/graduation.

Bio for Oleg Kalinskiy ‘98
A native of Pyatigorsk, Russia, Oleg Kalinskiy graduated summa cum laude from Hastings College in 1998. Currently, he serves as Director General of the Foundation for the Development of the Tube (Pipe) Industry in Russia, an organization promoting the interests of the major Russian tube and pipe producers in Russia and throughout the world.  Kalinskiy’s career has focused on business development for the metals and metallurgy field, serving as Director of Business Development and Marketing with Ernst & Young CIS, Vice President and Chairman of the Board of Directors for Alcoa Russia, and Head of the Division of Strategic Development and Resources Optimization in the Russian Federation’s Ministry of Industry, Science and Technology. 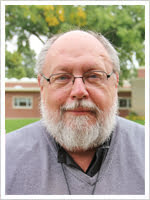