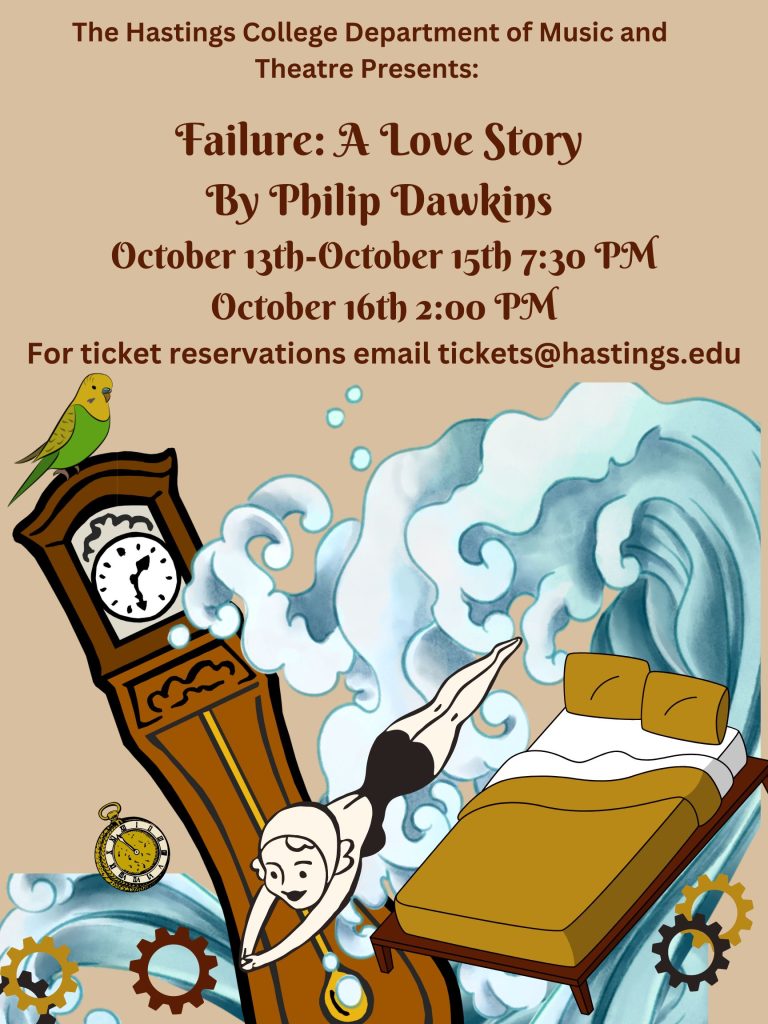 By the end of 1928, all three Fail sisters will be dead — expiring in reverse order, youngest to oldest, from blunt object to the head, disappearance and, finally, consumption. This whimsical tale follows the story of Nelly, Jenny June and Gerty as they live out their lives above the family clock repair shop near the Chicago River, before their time unexpectedly runs out. “Failure: A Love Story,” presented by Hastings College Theatre, is a magical fable where, in the end, the power of love is far greater than any individual’s successes or failures.

Performances of this show are dedicated to Brady Buechter, who passed away in September. Buechter, of Belgrade, Nebraska, was a first year student and cast member of this show.

The production team, cast and crew are listed below.