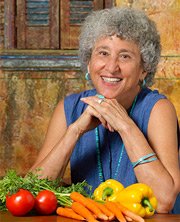 More than 10 years after its publication, Nestle’s award-winning Food Politics: How the Food Industry Influences Nutrition and Health remains a respected analysis of the food industry as a business –  from production to consumption.

Nestle’s lecture is part of a year-long exploration of food by Hastings College students, faculty and staff through academic assignments, a student-organized symposium and various guest lectures.

Biography for Marion Nestle (from foodpolitics.com)

Marion Nestle is Paulette Goddard Professor in the Department of Nutrition, Food Studies, and Public Health (the department she chaired from 1988-2003) and Professor of Sociology at New York University. Her degrees include a Ph.D. in molecular biology and an M.P.H. in public health nutrition, both from the University of California, Berkeley

Her first faculty position was in the Department of Biology at Brandeis University. From 1976-86 she was Associate Dean of the University of California San Francisco (UCSF) School of Medicine, where she taught nutrition to medical students, residents, and practicing physicians, and directed a nutrition education center sponsored by the American Cancer Society.

From 1986-88, she was senior nutrition policy advisor in the Department of Health and Human Services and managing editor of the 1988 Surgeon General’s Report on Nutrition and Health. She has been a member of the FDA Food Advisory Committee and Science Board, the USDA/DHHS Dietary Guidelines Advisory Committee, and American Cancer Society committees that issue dietary guidelines for cancer prevention. Her research focuses on how science and society influence dietary advice and practice.

She is the author of Food Politics: How the Food Industry Influences Nutrition and Health (2002, paperback 2003) and Safe Food: The Politics of Food Safety (2003, paperback 2004), both from University of California Press. In 2003, Food Politics won awards from the Association for American Publishers (outstanding title in allied health), James Beard Foundation (literary), and World Hunger Year (Harry Chapin media). Safe Food won the Steinhardt School of Education’s Griffiths Research Award in 2004.

Her book, What to Eat, published by North Point Press/ Farrar, Straus & Giroux (2006, paperback 2007), was named as one of Amazon.Com’s top ten books of 2006 (Health, Mind, and Body), and a “Must Read” by Eating Well magazine; it won the Better Life Award (Wellness) from the National Multiple Sclerosis Society, and the James Beard Foundation book award for best food reference in 2007. Pet Food Politics: The Chihuahua in the Coal Mine was published by University of California Press in 2008 and in paperback in 2010. Feed Your Pet Right, co-authored with Malden Nesheim also came out in 2010 (Free Press/Simon & Schuster, May 2010). Her most recent book, published in 2012, is also with Malden Nesheim: Why Calories Count: From Science to Politics, also with University of California Press.

She writes a monthly Food Matters column for the San Francisco Chronicle, and blogs daily (almost) at http://www.foodpolitics.com and for The Atlantic. She also Tweets @marionnestle.