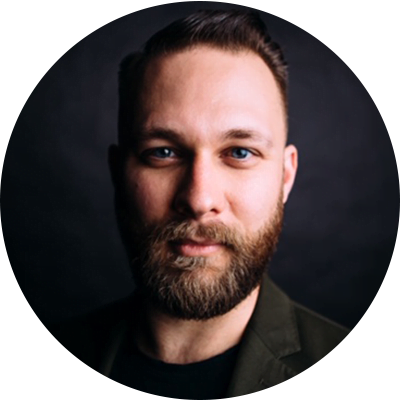 Dr. Jared Hiscock is the Director of Performance – Music at Hastings College, where he teaches in the music department and works in tandem with the Office of Student Engagement to support student growth and success.

In addition to his work with Hastings College, Jared is the co-founder and artistic director the Salt Creek Song Festival, the first art song festival in Nebraska, and serves on the faculty of the Vocal Academy of Opera in Bodrum, Turkey. Prior to joining Hastings College Jared spent three years as a Holland Community Opera Fellow at Opera Omaha where he worked to co-create inclusive
programming to support Opera Omaha’s community partners and to serve a diverse population. Jared has led programming with such Omaha area organizations as Quality Living Inc., Sienna Francis House, and Nelson Mandela Elementary, as well as piloted programming at the Nebraska Correctional Youth Facility.

Recent performances as a baritone include a new production of Argento’s The Andrée Expedition and the world premiere of Kurt Knecht’s Dover Beach/Dover Bitch. Other highlights include performances of the title role in Don Giovanni, Guglielmo in Così fan tutte, Marquis de la Force in Dialogues of the Carmelites, Dr. Malatesta in Don Pasquale, Don Alfonso in Così fan tutte, Friedrich Bhaer in Little Women, Figaro in Le nozze di Figaro, Leporello in Don Giovanni, and Melchior in Amahl and the Night Visitors; as a soloist in works such as Orff’s Carmina Burana, Vaughan Williams’s Five Mystical Songs, and the Nebraska premiere of Adams’s The Wound-Dresser. Jared spent two seasons doing educational outreach with the professional opera touring company Opera for the Young, performing Power House in the world premiere of Super Storm! and the Sea-King in Rusalka.

Jared holds a M.M. and D.M.A. from the University of Nebraska-Lincoln where he worked as a graduate teaching assistant, and a BA with majors in Music and Theology from Walla Walla University. He has studied Alexander Technique and Feldenkrais at the Barstow Institute, worked closely with soprano Elizabeth Kirkpatrick Vrenios at the Redwoods Opera Workshop, and been mentored by Dr. Everett McCorvey as a part of the inaugural NATS Mentoring Collaborative. Jared is a student of Dr. Robert White of the Juilliard School and Singing Body Clinic founder Jay Cowell. He lives in Ashland with his stunning wife, Damie, their three boys, Clifton, Walden, and Desmond, and goldador, Charlie.